The research group of molecular neuropharmacology does research on transporter proteins from the Solute Carrier (SLC) family and their role in cellular metabolism, in uptake of drugs and toxins and their potential as future drug targets. 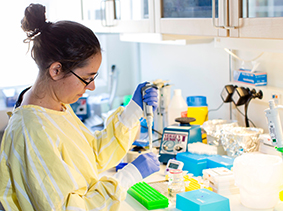 There are currently over 400 identified SLCs in human, with a role in transporting nutrients, amino acids, sugars, drugs and various other molecules across the plasma membrane as well as across the membranes of various organelles. Around 30% of these SLCs are currently orphan, meaning they have no known substrate, according to published literature. One main focus in my research group is to identify the substrates of transport for these orphan SLCs. We do this by screening using various systems, such as Thermal Shift, uptake assays and electrophysiological recordings in Xenopus laevis oocytes and eukaryotic cells. One other main focus of our research is to identify the role the SLCs play in cells as well as whole cell organisms. For this we use gene knockouts in transgenic mice, gene knockdown in the fruit fly Drosophila melanogaster and CRISPR/CAS knockouts in cell-lines, primary cells  and embryonic stem cells. We also employ large scale methods such as RNA Sequencing, microarrays, proteomics, high content imaging and metabolomics. Our ultimate goal is to identify which combinations of transporters different cells are expressing and which SLC on each cell are responsible for uptake of a certain substrate. With this information, drug targets can be selected, either for blocking or activating a certain function of the cell or to direct uptake of drugs or pro-drugs into specific cells. 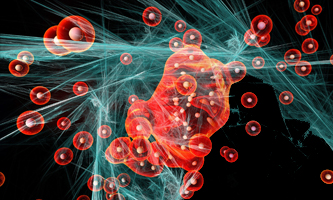